This is a noisy time of year. One of the best gifts we can give ourselves this time of year is the gift of silence, of peaceful reflection in the midst of the hustle and chaos. 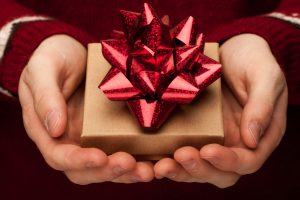 Give your weary soul a gift of quiet reflection.

Why not give yourself just a few minutes this morning to reflect on a character from the Christmas story we often skip over? Enjoy this post from the archives.

What effect did Zechariah’s silence have on his soul? 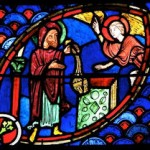 Because of his unbelief, God gives Zechariah a very long time-out. There are hints in the text that Zechariah was not only mute but deaf as well. The Greek word used in this passage, siōpaō , contains an element of chastisement or rebuke. It’s often used in places where people are silent because of embarrassment or consternation. It is also used to describe Jesus’ lack of response to the questioning of the high priest after his arrest. (See Matthew 26 and Mark 14).

What effect did Zechariah’s silence have on his soul? What happened to his faith, his attitude, his heart, when he had to “quiet down” for almost a year? For more than nine months, he sat at home. After she conceived, his wife Elizabeth was “in seclusion” according to the text. Zechariah may have felt lonely, confused. Did that peace ever come to him?

What did he think about? Although he was outwardly silent, I imagine that Zechariah had many long conversations with God in those months. And gradually, something shifted within him. When he finally speaks after his son is born, what pours forth? The text says: “Immediately his mouth was opened and his tongue freed, and he began to speak, praising God” (Luke 1:64). He goes on to utter a spontaneous hymn of praise and prophesy, dictated by the Holy Spirit. (see Luke 1:67-79) He is transformed from a cynical old priest to a true priest, a conduit of God’s grace.