Sometimes, I find that the life of faith has more questions than answers. Questions about the Bible and what it means, and how to live out our faith. Questions about how we treat people if we claim to be Jesus followers. Sometimes, we think questions somehow are wrong or show a weakness on our part. I don’t think so. I think the strongest faith is the one that allows room for doubt and questions to give it a workout now and then. 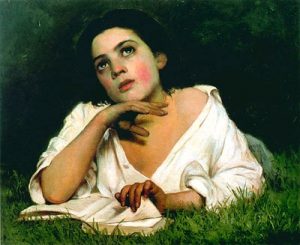 Okay, I don’t for a minute believe slavery is biblical. But the reason I ask is that I get some pushback to my feminist and progressive ideas, which claim to point me toward the “biblical truth” they think I’ve strayed from. They use the “God said it, I believe it, that settles it” mantra to shut down discussion of some issues that they feel are black and white: like women’s roles, the LGBT question, etc.

Less than 200 years ago, well-meaning Christians (who might have been financially motivated) used “God said it, I believe it, that settles it” to defend this so-called truth: “The Bible tells slaves to obey masters. God therefore condones slavery, and certain people (mostly people of color) are supposed to be slaves. Therefore, slavery is biblical.”

Only extremists (believe me, there are some, which is beyond scary) believe that today, or try to defend slavery as Biblical. Almost everyone, especially sane people, believes slavery is terrible and wrong. There are verses in the Bible with instructions to slaves, and it contains stories of slaves. (Never mind that when the children of Israel were slaves, God intervened miraculously to free them, or that Jesus said he came to proclaim freedom for prisoners and set the oppressed free.) Not so long ago, people used the Bible to try to protect the institution of slavery.

In what ways is that argument similar or different from the current conversation on sexual orientation, or on women in leadership, or egalitarian marriage?

Should menstruating women (and anything and anyone they touch during that time of the month) be considered “unclean”? Hey, I didn’t write the Bible, I just read it. It’s right there in the Bible: Leviticus 15:19-30

Now, we may say, well, that was an Old Testament regulation, so we don’t have to follow that anymore. Okay, so if we can toss out that Old Testament regulation, why are other instructions from the Old Testament, including some about sex, considered still valid, or at least used to shape our moral code? How do you decide which ones to keep, and which ones are “old covenant” or no longer needed? Again, I don’t have answers, I’m just sharing some of the questions that swirl in my mind. If we claim to use the Bible as our guidebook for life, we need to address these questions.

Are some sins more “bad” than others? Jesus talked more about money and greed and generosity than almost any other topic.He told us to store up treasure in heaven, that you can’t serve both God and money. Does that make greed and chasing wealth the worst sins? Or are all sins equal? I rarely hear Christians talking about the temptations associated with money, even though Jesus talked about it a lot. I haven’t heard a lot of Christians confessing that they are serving money, even though you could look at our lives and figure out that’s what we’re doing. Instead, we talk about how God has blessed them with resources, or even prosperity.

What does the Bible say about same-sex relationships?

This year I read Matthew Vines’ God and the Gay Christian: The Biblical Case in Support of Same-Sex Relationships

I came away with as many questions as answers.  Vine argues, essentially, that you can hold a high view of Scripture, and affirm monogamous, exclusive, same sex marriage. (While still seeing promiscuity, of any kind, as wrong.)

I’m in a place where I’m trying to learn and understand. I do think that when Christians have been condemning instead of loving, we ought to apologize. And I want to be open to understanding the stories (many of them painful) of people who experience same-sex attraction. I recently posted a link to an article on social media about a pastor who marched in a pride parade and held a sign apologizing for the way Christians have treated members of the LGBT community. In many cases, the church has said they “love the sinner but hate the sin,” but that’s actually not true. They’re just hating. Not all, not always, but enough that an apology is a great place to open a conversation. To say, “I’m sorry Christians have treated you poorly” is not compromising your convictions, it’s just being decent.

Which is all I’d hoped to start: a conversation. I’m curious about these things. I don’t have everything figured out. I do believe in the Bible. But I also think that the Bible can be (and often has been) misinterpreted.

(Update: the following paragraph has been revised from my original post)

My social media post drew some attention, especially from my friends who oppose same-sex marriage. I got questions, Scripture quotes, etc. They seemed to be concerned that, because I posted this link, I agreed completely with everything this pastor stands for. I didn’t say I was going to march in a parade, I just found it interesting that the pastor chose to do so. I thought the insights he gained from the experience were intriguing. I don’t know yet whether I agree with all he says, or not. I’m trying to figure it out.

If you’re not sure how to think about this issue, I’d recommend Vine’s book, even if you disagree with his conclusions, just to get the conversation going. If you disagree, at least know why. I don’t know. I’m just curious about these questions. I know that all people are sinners, but all of them are offered grace. All of them are loved by God, and Jesus is particularly fond of each of them. No one is beyond the reach of grace–even me. I’m grateful for that. I want to hear people’s stories, understand their experience, and respond with grace and love.

If Christians put as much energy into fighting social injustices, such as, say, racism, as they did into arguing about homosexuality or women’s roles, would that make our world a better place, or a worse one?

All Christians of every race should be outraged about what happened in Charleston last week, and what has continually been happening in our country, where racism seems to be getting worse, not better. What if white Christians (including me) spoke out against racism and tried to understand the experience of our brothers and sisters of color? What if we redirected our energy away from telling people what lifestyle is okay, or not okay, and instead used that same energy and time to build bridges of reconciliation? Would that advance God’s kingdom here on earth? Wouldn’t that possibly be a better use of our time?

For then, for now, or both?

In his book The Blue Parakeet, Scot McKnight writes that when we read the Bible, we have to ask the question: was this for then, or was it for always? For example, sacrifices of animals to atone for sin, most Christians agree, was for then. It was God’s rule, but only for a specific time–but is not a rule that we have to follow today.

Others, most agree, are for all time—eternal truths, the way in which we should walk by faith. Jesus made this super clear: the most important command was to love God with all your heart, soul, mind and strength, and love your neighbor as yourself. That one was for always (although we sometimes have a bit of trouble figuring out just who our neighbors are and what it means to love them).

Should women cover their heads when praying and prophesying, as it says in 1 Corin. 11? Or wait, are women allowed to prophesy at all—because that would require them to speak in church, and isn’t that prohibited, as it says in 1 Corin. 13? Why would the same letter to a church provide guidelines for women speaking out loud in church (that’s what prophesying is), and three chapters later, say that they can’t speak out loud in church?

When we claim to live “biblically,” the truth is that we do some picking and choosing about which particular precepts we follow. For example, Jesus had many conversations with seekers, asking what it would look like to follow him. One man, with whom he spoke privately when he came to Jesus under cover of darkness, was told he must be “born again.”

Another time, though, a man said he wanted to inherit eternal life, and asked what he should do. Jesus, in front of a crowd of followers and curiosity seekers, quite publicly told him he needed to sell all of his possessions, give the money to the poor, and come with him.

It’s interesting, isn’t it, that Christians have made that private conversation the one that matters to them—the benchmark for who is in and who is out. The other, not so much. Why? At least in the mostly affluent church of my youth, the story of the rich young ruler was explained to be metaphoric, or specific. It could be a metaphor following Jesus wholeheartedly, putting him first (but not cashing out your 401K); or it could be a specific instruction to a specific person, whom the text says was very wealthy. That particular person’s besetting sin was greed, that’s why Jesus told him (but not everyone) to sell his stuff and be generous. But I’ve never heard it preached that in order to become a Christian, you need to sell your possessions, give the money to the poor, and go on an adventure with Jesus. But why is that the case?

Seems to me that if one is “born again”—to start over on a whole new life, you’d go into it like you did your physical life: naked and empty handed. Following Jesus means not just revising your current life, but starting over on a brand new thing, right? So giving away your stuff could be a step toward about a spiritual (and physical, and economic) rebirth. And being reborn needs more than just a prayer but actions to be a whole new and different sort of person.

And it seems to me that selling all your stuff and just following Jesus would feel a lot like being reborn. Or being as vulnerable, dependent, and exposed as an infant. We’d have to admit that we don’t know everything, and be open to learning and experiencing new things in new ways.

How about you? What questions do you wrestle with? Where do you go with those questions? What has God been stirring up in your soul lately?