A cry to break the silence

A cry to break the silence

I was driving home from the grocery store this morning and listening to K-LOVE, the Christian radio station. Singer/songwriter Chris Tomlin was on, talking about the inspiration for a song he’d written. He mentioned that the gap between Old Testament prophets and the New Testament, though it’s only one page in our Bibles, was a silence of 400 years. And that God then broke that silence with the cry of a baby.

God’s people were looking and waiting, praying and hoping, for 400 years. That would be like the last prophet speaking around the time of the Pilgrims in America, and then simply shutting up and not saying anything for 400 years. In the first decade or so of early 1600s, Shakespeare wrote Hamlet, the King James Bible was published, King Henry the IV was executed, and the Jamestown Colony was founded in America. For as long as it’s been since those historic events until today, there was silence from heaven. No prophets, no word from God. No visits from angels.

I pondered Chris Tomlin’s insights, and they got me thinking. Yes, God was silent. But God’s silence does not disprove his existence, or even his presence.

Because somehow, some of God’s people kept the faith. Hope stayed alive. In fact, the first people to hear from God, accorrding to Luke’s gospel, were an older couple who were faithful, righteous people, despite the fact that their nation had not heard from God, and they themselves had been denied the blessing of having a child. They remind us, of course, of Abraham and Sarah, another older, barren couple who are promised a son. 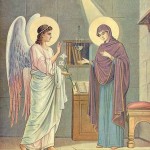 Luke 1 says: “In the time of Herod king of Judea there was a priest named Zechariah, who belonged to the priestly division of Abijah; his wife Elizabeth was also a descendant of Aaron. Both of them were righteous in the sight of God, observing all the Lord’s commands and decrees blamelessly.But they were childless because Elizabeth was not able to conceive, and they were both well advanced in years. ” (Read the rest of Luke 1 here).

So before that baby cried and broke God’s silence, an angel spoke to a couple of senior citizens who had kept the faith of their ancestors. Despite his faith, Zechariah questioned the angel’s message, and was struck dumb until the child, John, was born. The text also says, “After this his wife Elizabeth became pregnant and for five months remained in seclusion.”

After 400 years of silence, Zechariah and Elizabeth had even more silence, and solitude. But this was a different silence. It was the silence not of wondering, but of poignant expectation. They had nine months to wordessly ponder the miracle that was taking place.

This advent, I want to be like Elizabeth. Calmly accepting the miracles God sends my way. Taking time for solitude and silence so that I might hear the voice of God.

Does it seem to you that God is silent right now? Does it feel like centuries since he’s spoken to your heart? Are your cries unanswered, your hope failing?

Perhaps God is not silent, but just speaking quietly, and the noise of our lives has drowned out that still, small cry. Perhaps God is calling to you, not with lightening bolts or easy fixes to your complicated problems, but in a quiet voice–in your heart, or in the cry of someeone in need.  Will we let the cry of the Christ child break the silence in our hearts this season?