Fellow Redbud Writer Halee Gray Scott has a very interesting and controversial post up on the Christianity Today women’s blog. It’s generated a flood of comments, many of them simply mean.

Of course, she picked a controversial topic, gay marriage, to write about. I’ve been invited to a gay wedding this fall, and plan to attend. More on that on another day. (Um, if you want to hate on me for that, I won’t approve your comment. Just warning you now.)

Understandably, the mean comments come from people of a wide variety of orientations and beliefs. But my question is this: why do Christians, whom Jesus said should be known by the LOVE, act so hateful? I don’t think Halee’s post is hateful, it’s very respectful, thoughtful, and honest. But the comments in response to it are a bit much. And the moderators have jumped in a few times to say they are deleting the worst of the comments. Which means that what’s left are the not so mean ones, which are still pretty awful. 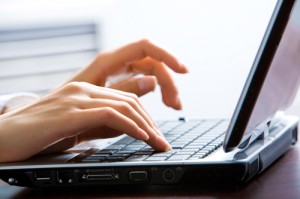 As writers, we feel compelled to try to make sense of the world, to figure things out, by writing about them. Doing so requires courage–because people will attack you personally simply because they disagree with you. I just don’t get that.

Most people who comment on blogs feel emboldened to write comments they would never say to someone’s face, which is unfortunate. But is that the only reason for the venom? Or are Christians mean people? While no one is perfect, wouldn’t you expect Christians to state their opinions in a loving, dare I say, sanctified, way?

What are your thoughts? (Not on gay marriage, but on why Christians are so dang mean! to people both inside and outside of the church.) It’s an incredibly frustrating part of identifying myself as a Christian. Jesus envisioned a movement and community of love, but instead we are known for being hateful and divisive. Why? Could it be because we are just as sinful as those we condemn?