Seeing (and loving) the invisible

Seeing (and loving) the invisible

If you don’t know the suburbs, they can look homogenous, a never ending landscape of tract houses and strip malls. But behind what was designed to be safe and middle class and predictable is an unexpected diversity. 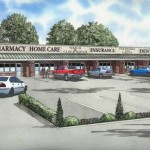 A few minutes away from McMansions are apartment complexes where the suburban poor (yes, there is such a thing) dwell in the shadow of affluence. They are mostly invisible.
As many of you know, my daughter went on a mission trip to Africa last spring. The team she went with still stays connected, on Facebook, at church, at school. They have a lot of conversations about how to live out what they’d learned, to continue to care for the poor.
I remember in high school having a lot of conversations about faith. But I don’t remember doing much to live it out other than obeying the rules and maybe trying to “witness” to someone to convince them to believe in God. But I see in my kids and in my church a change for the better. These kids take it beyond just conversation, and put it into action. They actually do what the bible says, and “act justly, love mercy and walk humbly with God.”
For example, last night she says she’s going to get together with her “Africa team.” One of the kids, Brad, has organized his peers into a twice-weekly ministry. They gather at his house, then head to local coffee shops and grocery stores to “glean” leftover food. A local Starbucks gives them the end of the day bagels and muffins, for example (which would otherwise get thrown away).
They then visit an apartment complex, where the residents, especially the children, have come to expect them. The teenagers hang out in the parking lot, hand out food, then spend some time talking to the residents, playing with the kids. Some residents don’t speak English, but Mel enjoys practicing her Spanish with those who speak it. They don’t have a formal program, they just show up and build friendships. In other words, they simply love the poor, in a very simple, uncomplicated way.
I want my children to be compassionate, to live their faith by loving their neighbors. If they are to actually do so, I have to be willing to let my kids go to the neighborhood that’s not so nice, to interact with people who are different. I believe doing so is not just a “nice” thing to do, but that it will form them spiritually, that they will meet Jesus in a parking lot.

How about you? Do you, or your kids, seek out opportunities to serve the poor? As a parent, are you willing to let your children live their faith in this way? Are you willing to do so yourself?