My son, my youngest child, turned 18 yesterday. By some definitions, an adult. A letter from the Selective Service showed up in today’s mail. (Gulp). 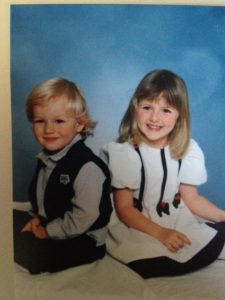 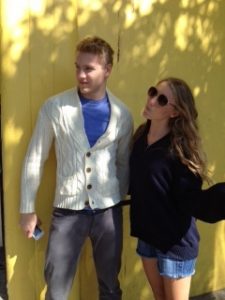 I will always be his mother, and he will continue to be dependent on me and my husband for several years yet. But this is the last year he will live at home, the last season in which we can have daily, in person contact.

Some of the best parenting advice I ever got was simply this: keep the end in mind. When kids develop their own opinions (which starts at day one but really accelerates at about age 2 and then again in adolescence), consider this a success, not a failure. The end goal of parenting is to work yourself out of a job. The end goal of parenting is to raise someone who can take care of themselves (and eventually, take care of YOU when you’re old and feeble), think for themselves. A step away from you is a step toward independence, and that’s the goal.

That’s the end to keep in mind. If independence is the goal, we should celebrate it. A parent’s instinct is to protect–which sometimes conspires with fear, and makes us over-protect. Keeping the end in mind is as much about our growing up as it is theirs.

So all along, I’ve applauded even their stubbornness (while not allowing them to be disrespectful). I’ve cheered from the sidelines when they tried things I’d never done. I encouraged them to question, wonder, doubt. Because if what you want is a child who has a strong faith, they have to go through a time of questioning and making that faith their own.

One phrase, especially in the teen years, has repeatedly been on my lips: “I love who you are becoming.” These are words every child needs to hear, especially as they move toward adulthood, on a regular basis.

These words imply that the future is bright—that I have great hope that they will grow into themselves. It says: you haven’t arrived yet, but I’m trusting the process. It reminds them that they are growing up and they are not you—that crucial process of differentiation that is essential for maturity. It also tells them that they don’t have to be just like mom or dad, or just like their older sibling. It simply says, You are becoming your own person, and that’s a good thing. It’s a way of telling them, “I believe in you!” without sounding quite so cheesy. I think it’s a phrase that instills confidence. And makes me feel more confident as a parent–even when it’s hard to let go.

As my older daughter decided that she wanted to go on a mission trip to Uganda, or run a marathon, or read the Qur’an, I encouraged those sometimes risky steps and said, “I love who you are becoming.” When she asks tough questions about her faith, or says she’d rather worship God in nature than in church, I still say, “I love who you are becoming.”

When my son decided that he wouldn’t pursue playing college volleyball (despite being recruited) so that he could focus on his studies, when he wrestled with how to resolve conflicts with friends, when he served consistently in our junior high ministry, when he decided to teach himself guitar, I told him, “I love who you are becoming.” 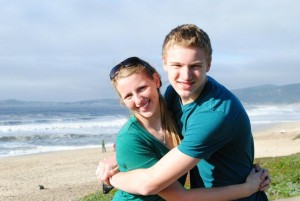 Both my kids know that my love language is words, and in recent birthday cards, wrote things like “thanks for letting me be my own person,” or “I’m glad you let me learn from my own mistakes,” or “you are always supportive of my decisions in life and I love it.”

So often, as parents, we would rather say: “this is who I want you to become.” Or maybe even, “I don’t like who you are becoming.” When really, all they are becoming is their own person, and it makes us uncomfortable. Because sometimes, who they are becoming doesn’t match what we had thought would happen, or what we think other people will approve of, or what we think they should be. Or we wrap our efforts to control in religious garb, saying, “This is who God wants you to become.”

If we trust God, and keep the end in mind, we know that even the detours are part of what will form our children, their character, their faith.

Catch your kids doing good, notice them making right choices, name the positive character traits you see in them. Look for opportunities to say to your child, no matter what their age, “I love who you are becoming.”